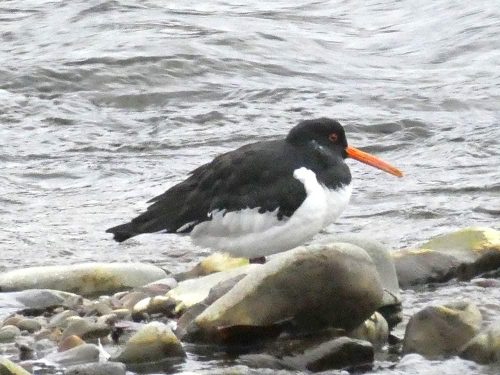 So here we are, February already. Usually January has 467 days, but this year it flew by.

I can remember when I was at school and the idea of the year 2000 felt a bit Star-Trek-Star-Wars-esque. I must be very old is all I can say……

Hope that you have all settled into the new year now, back to the normal routine where some wags will point out on Facebook, or similar social media, that its only 328 sleeps ‘til Christmas…or some such number…

The Christmas holidays were lovely for me. I had two of my grown-up children staying for a week, lots of lovely food, drinks, them taking the dogs for walks, me taking a nap.  The joy of understanding family is not to be dismissed. If only that were true of all our families and friends. It is so difficult, I do understand when it seems like a daily battle to get our physical and mental issues across to others.

New year was quiet, but I took a wander up to the clock in town at midnight with Beryl and Bertie, the BB team. It was ridiculously mild I must say. I have noticed that my central heating has not been on at times when I thought it normally would be. For instance, on New Year’s Day 2021 I was with friends dipping in our local river. We had to break the ice to get in! This year there was no ice, in fact I didn’t even have a coat on it was that mild. 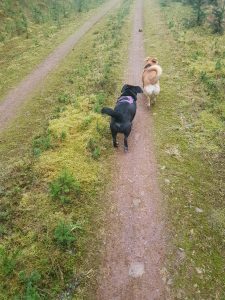 I found a good day to take the decorations down. I had decked the house about three weeks prior, and also decked the dogs too… (they decided to un-deck themselves at some point!)

So I un-decked the house…. which ended up with me being floored for quite a while, or should that be ‘decked’? lol

I am sure you are all the same with decorations that have some sentimental memory attached. I have gathered quite a few over the years, but my treasured possession is an old Santa Claus on a wire sleigh, which belonged to my mother when she was small. I really hope that it gets saved by one of my children when they inherit all my stuff. 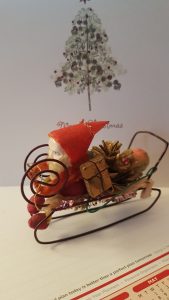 The idea of pacing is so obvious and sensible, but to be honest there’s times when that idea just does not compute. Stuff needs doing, jobs of no real significance yet they just suck the energy away from me. Then of course there is the crash….the body saying I am not the Duracell Bunny, batteries need recharging!

Having others in the house can be a help or a hinderance in equal measure I have found. Normally I live alone with my dogs and I manage relatively well. Having said that my house is a bit cluttered with lots of stuff in plain sight so that I don’t have to waste time searching for or trying to remember where I tidied it up to.

With family and friends about, although they do understand my limitations, OH EMM GEE!! The talking!

What is it with constant nattering?

Don’t get me wrong I can talk for Britain when I get started, but I am definitely becoming more intolerant to the inane ramblings that some folk seem to have to fill up spaces with. It’s a constant battle around the conditions we deal with, to keep some form of energy store to get through the day without crashing.

Mental energy is one of those things that I have never been able to describe to anyone; how sometimes the words are just not there, can’t even remember the word for “kettle” or even “shut up”! It is like there is too much guff in my brain, like cotton wool, and there is more queueing up to be admitted and something has got to give….. so stuff falls out the back like a soft toy steadily unstuffing through a wee hole in the seam.

There is a brilliant book ‘Classic Pacing: For a better life with ME’, by Ingeborg Midsem Dahl. 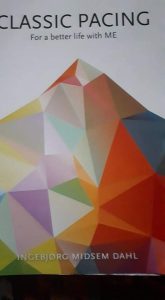 Incidentally, we have a small library of books which can be lent out with no charge. The deal is that the network will pay the postage for the book to be sent out, then the return postage is paid by the borrower.

So I thought I would include in this blog a bit of a journey, by photographs. How many times do we feel like a failure because we are having a bad day? I know I have gone through that many a time, and will again. Of course, we are nothing of the kind. In fact we are survivors, battling on every day. So here’s a photo of me after a good few days rest, with all the energy I needed for a night out over Christmas. It was a pre booked meal out so I could prepare for it, and it was lovely. But conversely here’s a photo of me when I’ve no energy at all; not been sleeping well, yet tired through the day, fibro flaring, the whole nine yards! 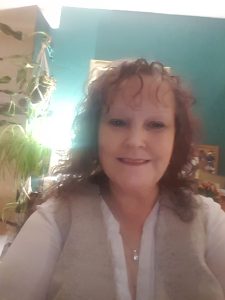 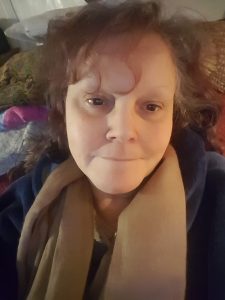 This is when I start to think that I was born at the wrong time. You see if I was living in Downton Abbey I would have Carson or Anna to bring me lovely cups of tea. Food lovingly prepared by Mrs Patmore and Daisy, and entertainment from the redoubtable Dowager. Oh I could fit in there so well.

This is one of the times of year when we are recovering in more ways than one. It’s no surprise that the third Monday in January is known as Blue Monday. It’s that time when finances run out because of overspending on fun and frivolity, or just having to make things stretch a bit further. Bills come in just the same, yet it’s another fortnight to the end of the month payday.

To add insult to injury we have the fuel price crisis, which doesn’t seem to be likely to get any easier any time soon. Don’t worry I am not going to get political, just thought I would mention that we are here for anyone who needs to talk about such problems.  I suppose it’s a blessed relief that the weather has been unseasonably mild up to now.

This makes me think about how change happens all the time, whether we are paying attention or not.  In Langholm, where I live, the oyster catchers are back on the river to nest and raise their chicks.  They live their lives in accordance with the seasons and the natural world. They usually arrive around Valentine’s Day, so a good bit early this year. It will be interesting to note how they get on with extending their families. 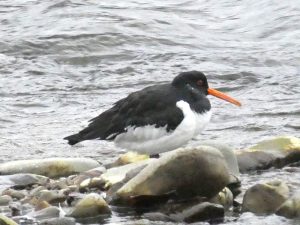 There was much devastation around and about here due to the storms before Christmas. Although the horizons have changed with the loss of so many trees, there is new growth to be seen already.  Life carrying on regardless.

The craft workshops have been very well appreciated, having to double up on the workshops provided due to the amount of requests to participate, and there are more already advertised for the coming months. What a revelation this Zoom thing has been. Who knew how communication and connection would change with the onset of the Covid pandemic. I know I have enjoyed the ease of use when there is a stable internet signal. But how frustrating when there isn’t! Lol

So I’ll say bye for now, and I’ll be back later in the month with more ramblings….

One thought on “February already…”